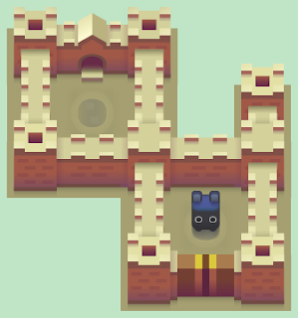 I was creating some 2.5D art for an game jam recently in a perspective similar to a 2D RPG like Zelda. Naturally my next step was that I started thinking about how you might recreate this style using a custom 3D modeling tool. Yes, another art tool design challenge. 🙂

I’ve played with voxel editors in the past, but I’m not completely happy with the blocky results that they produce. So where’s a quick and dirty minimalist 3D modeling tool design with the following goals:

The result should be art that is still stylized, but has still has an immense range for a talented illustrator. I’ve made other attempts at this in the past, but I think this one has legs. 🙂

I put together a set of 2D art for a future game jam. The resulting 3D modeler in this essay should be able to easily create everything in this image, plus a whole bunch more. 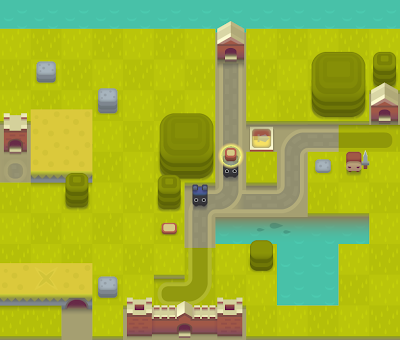 When making this art, it occured to me that there is a rather magical property of the traditional 2.5D view that I don’t think has been well tapped before. Once you adopt a forced 2.5D perspective, most 3D primitives are possible to be represented in a 2D plane. This makes a ton of traditional 3D operations dramatically simpler. You can think of a 3D space being reduced to a couple of 2D controls 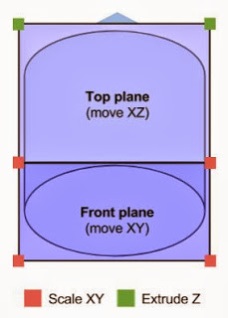 With these, you can do basic moving and scaling of the object. The trade off is that you lose rotation.  My bet is that like voxel editing, you can lose rotation and still end up with a vast visual play space.

If you get fancy, you can flip an object 90 degrees forward so that: 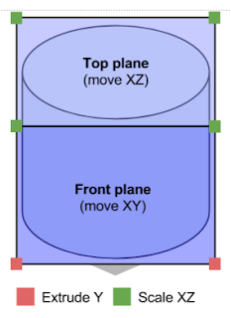 The basic flow of modeling

Here’s what you do to make a model.

Here’s the list of features that a simple prototype of the editor would support.

2. Select a primitive
Click on a primitive in the scene to select it.

3. Move in XY plane
Grab the front face of a primitive to move in the X,Y plane

4. Scale in XY plane
Grab the corners of the front face of the primitive to scale it.

5. Extrude in Z
Grab back corners or edge of the primitive to extrude it.

6. Move in XZ plane
Grab the top of the primitive.

7. Select a color
Once you have selected a primitive, click on a color from the color palette to change the color.

There are a variety of limitations enforced that make modeling far easier and closer to pixel art.

The above features are the minimal set.  There are other features you could add to flesh out the tool.

There is a reasonable chance that objects will look like rather ugly without the right rendering. Play with this till you get something that works.  Here’s what I take into account when drawing things manually.

Making art tools without art samples is tricky. The following are test cases that you can try to replicate once you’ve built the basic tool. 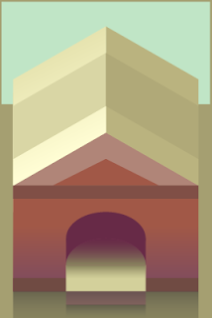 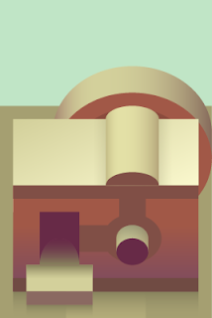 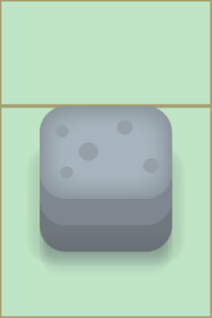 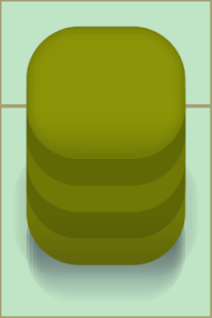 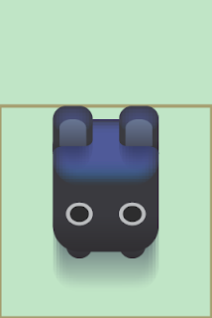 If anyone makes a prototype, I’ll link to it here.
*Update!* Angry Octopus has a prototype.  (The more the merrier, so keep making ’em.)
All the best,
Danc.