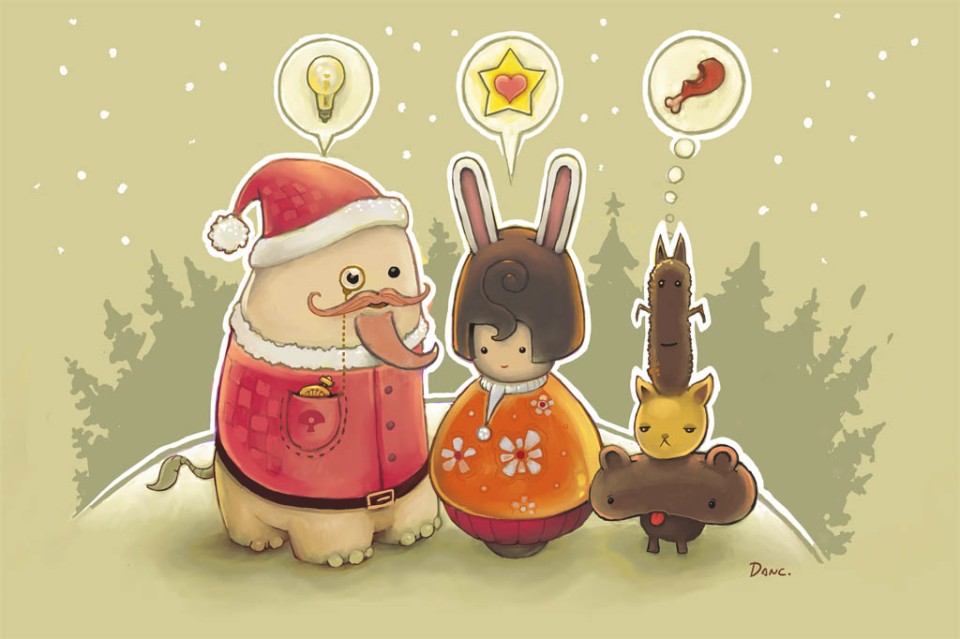 First, here is a holiday picture I painted for everyone. The creature to the left is a Hairy Elephantosaurus. His prehensile mustache and beard are well suited to both the winding of fine pocket watches and the adjusting of crystalline monocles.
As the last few moments of 2009 draw to a close, I look back with great delight on what has unfolded so far. I started the year at GDC and was struck by the immense potential of plugins such as Flash, Unity and Silverlight. At the same time, I was saddened by the generally low level of both business and development knowledge that exists in the developer community targeting those platforms. You can give a man a finely crafted fishing rod, but if he uses it like a club to beat fish senseless, he may still starve.
The Flash web market. in particular, is rapidly changing. Here are some thoughts on what comes next.
So many exciting opportunities. Let’s raise a toast to an amazing and prodigious 2010! You are going to do great things.
take care
Danc.