I’ve been dabbling with quick wireframes to explain the design of Tree Story. There are two common ways you can look at a spec.

I’ve found that text is rather horrible as a communication tool, especially with small teams. It takes too long to iterate on and starts bogging down as soon as there is more than one person editing the document. Even worse, text fails horribly when describing anything visual or tactile.

Instead, I’m a big believer in using storyboards augmented by multiple discussions around a whiteboard, especially for early discussions. The story boards / paper prototypes can be quite concrete, but they are still visual and tactile enough for two or three people to stand around and comment on.

The iteration process is straight forward:

Within a short period of time, you have a design that:

Example wireframes
Here’s a stab at some wireframes for Tree story. Sorry that we don’t have a good white board built into this blog. Someone needs to fix that. 🙂

The basics of communication
In Tree Story there are NPCs you can chat with. Here is how. 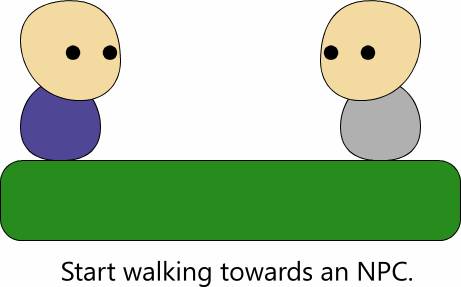 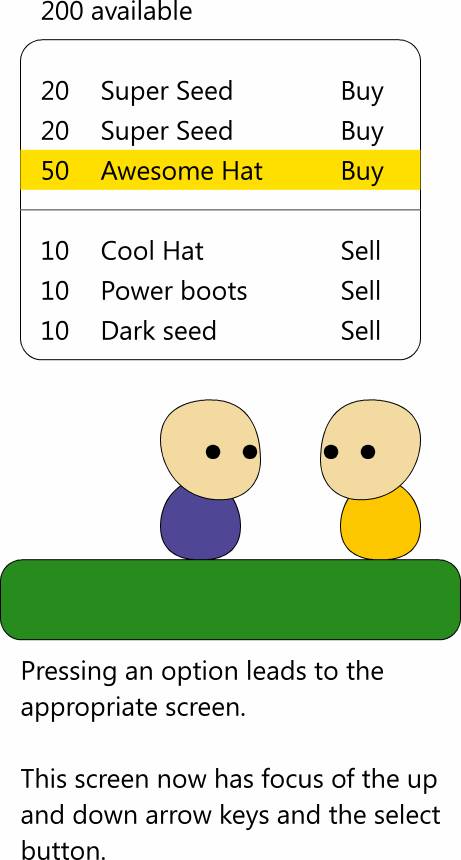 Picking up objects
You can also pick up objects and drop them where you desire. 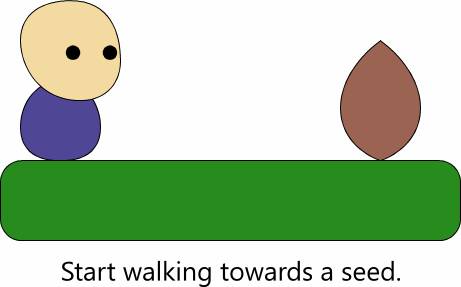 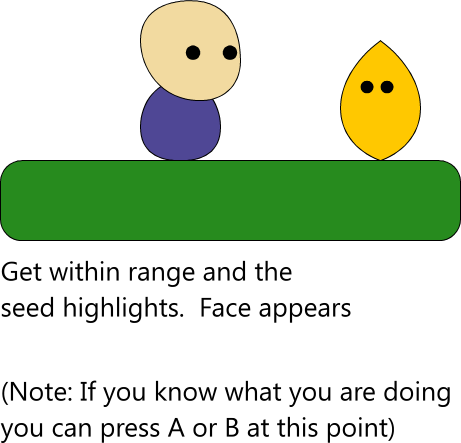 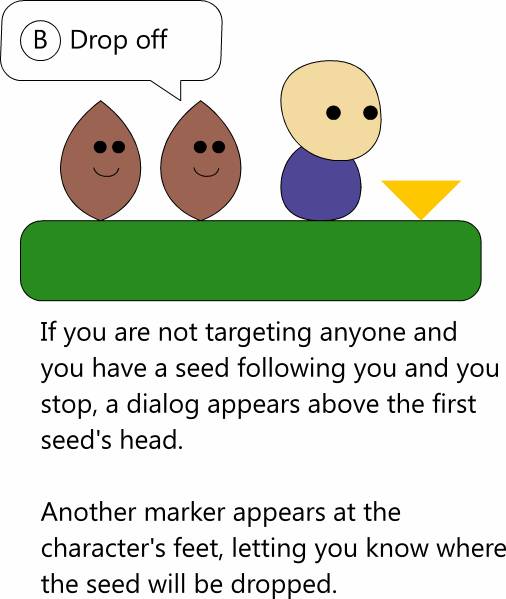 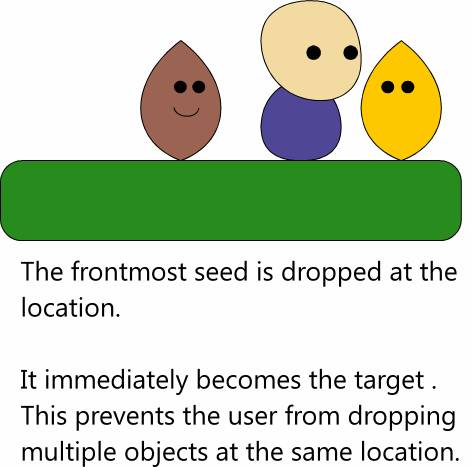 Planting seeds
A special type of object is a seed. It lets you grow new platforms in the world. 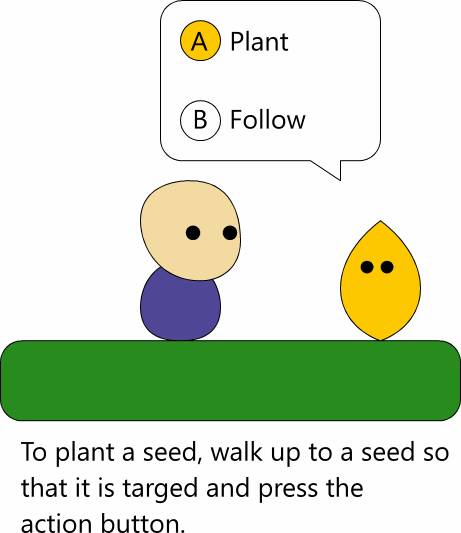 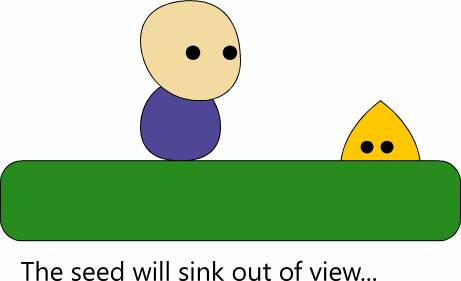 Each seed creates a different type of tree. Use different sized
trees to reach different areas or grow interesting fruit. 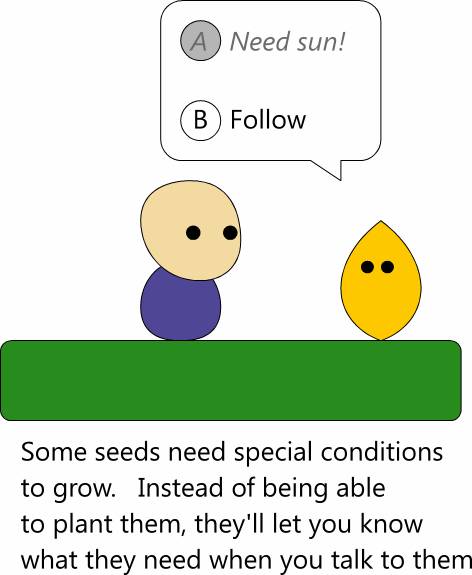 These were done in a vector drawing tool because I find wireframes use a lot of objects that are the same. I personally prefer to copy and paste instead of spending time redrawing. However, they could just as easily been done by hand. They are likely a bit more detailed than necessary, but I’m compensating for the rather low bandwidth nature of a blog.

Weather system
PS: Here are some additional wireframes that describe how a sunlight and weather system might work. This could be used with Clint’s idea for the weather trees and machines.